First and foremost, human behavior is deeply affected by natural selection. Behavior which has resulted in successful reproduction and repetition throughout evolution ultimately survived and is utilized by ever modern human being today.  Evolution is a fundamental common ground for universal human behavior and can be regarded as a common heritage for all human behavior.

However, because of  the limited ability of humans to defy the brutal and chaotic  forces of nature, there is no simple, straightforward or consistent recipe for human behavior to indiscriminately gain evolutionary success in every situation. Therefore human behavior is above all opportunistic and adaptive to its surroundings if necessary. Moreover, since energy is scarce, human behavior is ussually accomplished with as few energy as possible. This results in heuristics and short cuts, and low road thinking. 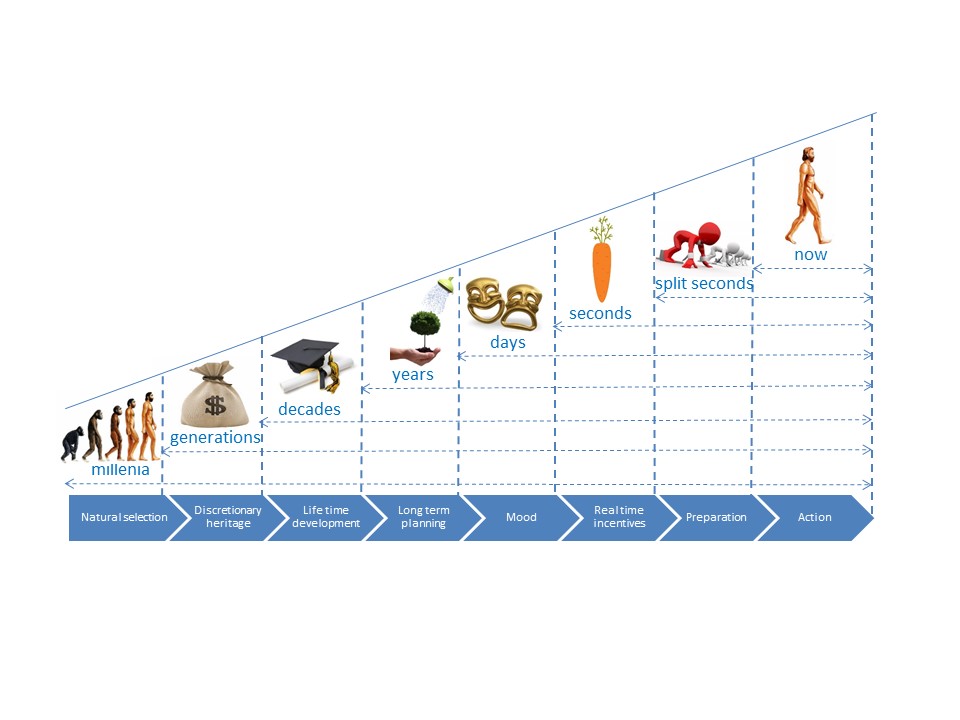